Phoenix is proud to present:

Making Music in the Mess:

A conversation towards a greater understanding of African Diasporic voices in Canadian choral music.

*attendees will be sent a private link via email prior to the webinar.

Over the last several weeks, the Phoenix artistic team has been intentional about seeking out diverse voices within the choral community and we have marveled at the quality of these rich, educational conversations so much so that we invite any and all to be a part of this public one on July 6.  Phoenix Artistic Director Nicholle Andrews will be facilitating this free webinar with guest panelists Frédéricka Petit-Homme Condon, Leela MadhavaRau, Andre Myers, and Floydd Ricketts. The purpose of this conversation is to discuss the why, what, and how of lifting up African Diasporic voices in Canadian choral music.

Andre Myers, composer and webinar panelist said the following of the conversation: “Community singing is a social act–a demonstration of societal group values. So to get at the core of why we want to celebrate voices from the African diaspora means to consider how and why we sing together in the first place. For that reason my question to Canadian choir directors is: What does it look like and sound like for your choir to value voices from the African diaspora?… My hope is that this question gets [you] dreaming, fills [you] with the courage to try and fail, to be the bad guy, to be misunderstood, and to really be in the beautiful struggle of what justice sounds like in a singing community.”

It is Phoenix’s hope to be able to produce further conversations and resources such as this one to elevate and amplify BIPOC voices in our work, brand, and music. Your involvement and feedback on July 6 will help us continue to build that. 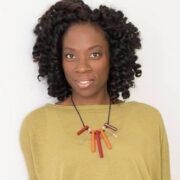 Montréal-born soprano, Frédéricka Petit-Homme Condon is celebrated for the warmth and strength of her full tone. She has distinguished herself as a dynamic and engaging performer in roles such as Annie in Gershwin’s Porgy and Bess (Opéra de Montréal), and the Third Witness in L’Archange (Chants Libres). Her musical prowess and collaborative spirit have provided her with opportunities to perform with the city’s premier ensembles, notably l’Orchestre symphonique de Montréal, Les Grands Ballets Canadiens de Montréal, and l’Opéra de Montréal.

Frédéricka holds a Bachelor of Music degree in vocal performance and a Master of Music degree in conducting both from the Schulich School of Music of McGill University. She is passionate about music education and has taught in various educational institutions such as the Schulich School of Music, and primary schools of the Commission scolaire Marguerite Bourgeoys. She has prepared choruses for l’Orchestre symphonique de Laval, and collaborated with their artistic directors: Jean-François Rivest and Alain Trudel.

A believer in creating a space for vocalists to participate in music making and build community, Frédéricka provides artistic leadership to the River’s Edge Community Choir. 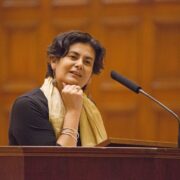 Leela MadhavaRau serves as the inaugural Director of Human Rights and Equity at Brock University, St. Catharines ON Canada. She has spent her working life in the field of equity and inclusion, working at universities in both Canada and the United States. Her academic background is in Social Anthropology, with a specific focus on the transmission of culture across time and space. Her degrees are from McGill and the University of Cambridge. 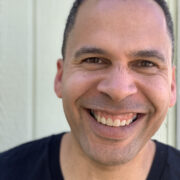 Called “an insightful and skillful new voice” (Times Union), and “ingenious. . . powerful” (icareifyoulisten.com), the music of Andre Myers mixes narrative drama, poetry, and meditations on color to create work that aspires to moments of honesty, poignancy, and depth. Andre’s music has been commissioned and performed by the Albany Symphony Orchestra, the Michigan Philharmonic, Orchestra Santa Monica, and presented across the United States and Europe. He received his B.Mus. in composition from the Eastman School of Music, and his M.Mus. and DMA in composition from the University of Michigan. A committed musical educator, Andre Myers joins the music faculty of the University of Redlands this August. He currently lives in Redlands with his wife, Andrea, their dogs, Charlotte & Walter, and their cat, Jean-Paul. Learn more at http://andremyers.com 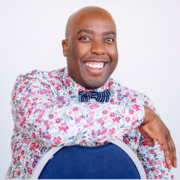 Currently residing in Montreal, Canada, Floydd Ricketts regularly works as a musical director in theatre and in concert, having conducted performances throughout Canada, the US and Europe. He is the artistic director and conductor of Ensemble Noir, a chamber choir in Montreal that specializes in the music of underrepresented communities, especially those from the African diaspora. Floydd is the co-founder of the Greater Toronto Philharmonic Orchestra, and the former conductor of the King Edward Choir, and the McGill University Chorus.

He has been described by his peers as a highly-skilled conductor and orchestrator, and has written a number of chamber works for choir and orchestra. He regularly leads workshops on African-American Spiritual performance practice, and recently had the privilege of working with soprano Kathleen Battle in concert as rehearsal conductor on her Underground Railroad tour. Last year he was bestowed the Outstanding Contribution to Theatre Award from the Montreal English Theatre Awards for his work as MD/arranger for Centaur Theatre’s production of Choir Boy, and recently won the Elizabeth Hayes Sterling Award for Outstanding Musical Direction for his work on The Color Purple (Citadel/RMTC co-production). In the fall, Floydd will join the National Theatre School of Canada’s faculty, as their new Head of Music. 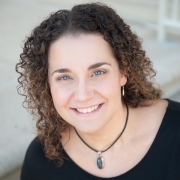 Originally from Newfoundland and Labrador, Canada, Dr. Andrews is Director of Choral Studies at the University of Redlands in Southern California, and Artistic Director of Phoenix Chamber Choir in Vancouver, British Columbia. Her ensembles have been invited to perform at festivals and conferences such as the National Collegiate Choral Organization Convention, California Music Educators Association Convention, California All State Music Educators Conference, Choral Canada’s National Conference Podium and Festival 500 Sharing the Voices. Her choirs have performed with legendary rock group The WHO, Billy Idol, Sarah Brightman and Josh Groban. She is in high demand across North America as a conductor, adjudicator, and clinician.

At the University of Redlands, Andrews’ areas of specialization include choral conducting and ear training, anxiety, score study, rehearsal technique and Body Mapping. Andrew has received recognition for her outstanding teaching as the recipient of Advisor of the Year, Professor of the Year, and Faculty Outstanding Service Award. Andrews is a licensed body mapping educator and her areas of research include the study of performance anxiety in musicians, pitch perception, and awareness of the body through conducting. Her publications can be found in sources such as the Journal of Research in Music Education.